Hip-Hop started as a means of expression for inner-city youths. But over the years, it has morphed in a universal language. With more genres than you can count or memorize, this universality has grown thanks to the fusion of the Hip-Hop sound with other styles.

Each country in the world also has its style and perspectives to share. This factor has led to a rise in noticeable trends. Here are a few modern hip-hop trends to keep track of.

Mumble may be incomprehensible for older hip-hop heads. But it’s a style that won’t die. Elements of this genre focus on the melody and repeated lyrics. The words come in mumbles, so there’s little focus on lyricism and songwriting ability. These songs are also very emotional. Major proponents of this movement include Future, Young Thug and Tekashi 6ix9ine.

Densely layered beats and fast tempos that range from 100 to 140 BPM are the significant elements of this genre. The lyrical content is often dark, rough and talks about bleak situations. Modern trends include fusion with elements of mumble rap and electronic sound samplings.

Emo rap has the same sad and depressing connotations of Emo-rock. Major acts that use this style include Travis Scott, Kid Cudi, Juice WRLD and Lil-peep. The instrumental elements are often trippy, and the subject matter revolves around anxiety, rage, frustration and drug usage. 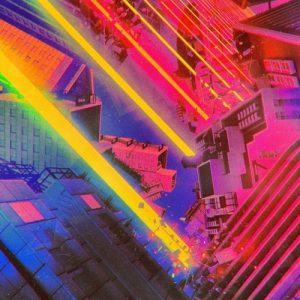 This style was trendy back in the 2000s thanks to the likes of Flo Rida, 3Oh!3 and LMFAO. It was born out of a fusion of Hip-Hop with electro music like EDM and house. It’s also referred to as rap-house and hip house.

This genre is a result of combining the lyricism of rap with the sensitivity of rock and pop music. It was born out of a need to market Hip-Hop to audiences outside its birthplace. So, most of the rap you hear on the radio is from this genre.