What are they wearing? That’s the first thought that probably crosses your mind whenever you look at photos from the ’90s. From buggy jeans, bucket hats and fat-lace sneakers, everything from this era seems outrageous in our current age. However, there’s a revival in some of these trends. So, Let’s hope you held on to your 2-piece denim and other classic clothing. Here are some classic Hip-Hop fashion trends that are making a comeback.

Various M.C.s from the 90s wore bandanas. But, nobody could rock one like Tupac. Everyone wanted to be like him, so the trend grew and lasted until the middle of the 2000s. The same trend has cropped up again in recent years. However, women wear bandanas more than men do this time around. 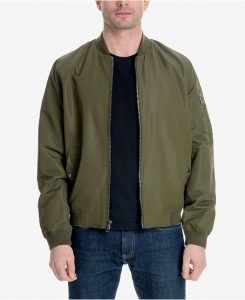 Ever since Run-DMC stepped on stage sporting bomber jackets, everyone wanted one. These jackets flew off the shelves from the late ’80s to the early 2000s. When the trend died, you could find heaps of such coats in thrift shops. The same trend has made a resurgence. So, it might be a good idea to rummage through thrift-stores to get ahead of the trend.

Jay-Z took the denim on denim trend to a boss level. The trend became unpopular for some unknown reason. Photographic evidence reveals it made a resurgence in 2010.

Crop tops (paired with jungle pants) were all the rage in the ’90s. Popular acts, such as T.L.C., En Vogue and Foxy Brown ensured it was so. This trend is back, but most women prefer pairing crop tops with Mom jeans instead of those parachuting pants.

You weren’t a real Hip-Hop head if you couldn’t rock a decent Reebok or Adidas tracksuit. One can argue the tracksuit didn’t go anywhere as it’s fictional and lazy wear. However, this generation of Hip-Hop lovers has decided to re-adopt this timeless trend.